A friend is getting started with the Silhouette Cameo vinyl cutter and was trying to cut a vinyl sticker of New Hampshire. He wasn’t happy with the quality of the outline he had found. I was able to send him a much better quality file in a matter of minutes. Here are the steps I took to quickly generate an SVG file that is suitable for a variety of digital fabrication machines from vinyl cutter to laser cutter, 3D printer and CNC. 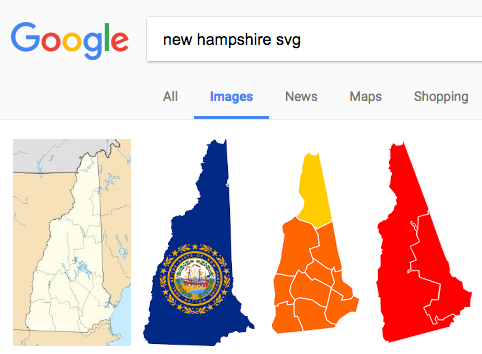 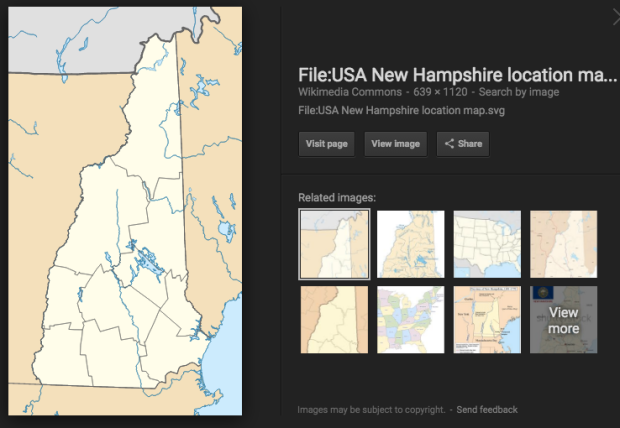 -I downloaded the file and opened it in Illustrator but could have just as easily used the open source program Inkscape.There was way too much detail in the image as my friend just wanted the outline of the state.

-I ungrouped the image and found the outline of the state.

-I copied and pasted this outline into a new document. 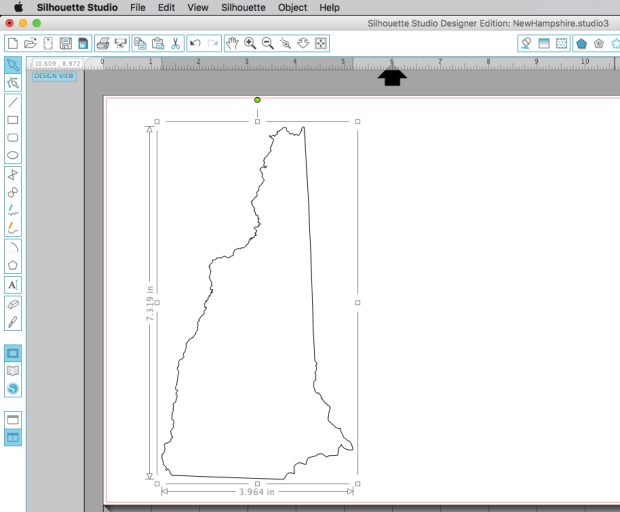 –Silhouette Cameo Vinyl Cutter: I opened the file in Silhouette Studio Designer Edition and then saved the file as a .studio3 file and emailed it to my friend. Took a lot longer to write this than to convert the file for vinyl cutting. 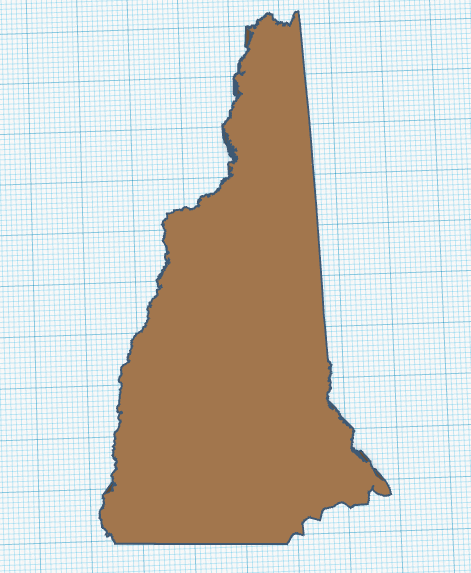 –3D Printer: To 3D print the outline, I would import the SVG into Tinkercad. After sizing the image, I would export the model for 3D printing choosing an STL file as the output option. 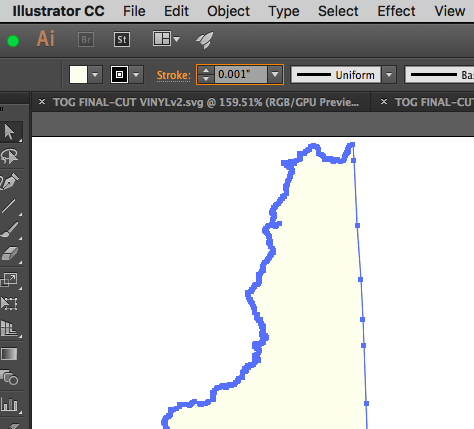 –Epilog Laser Cutter: To cut out the outline on the Epiloz Zing laser cutter, I would open the SVG in Illustrator and change the stroke width of the outline to 0.001″ then save the image as a pdf for use on the PC attached to the cutter. 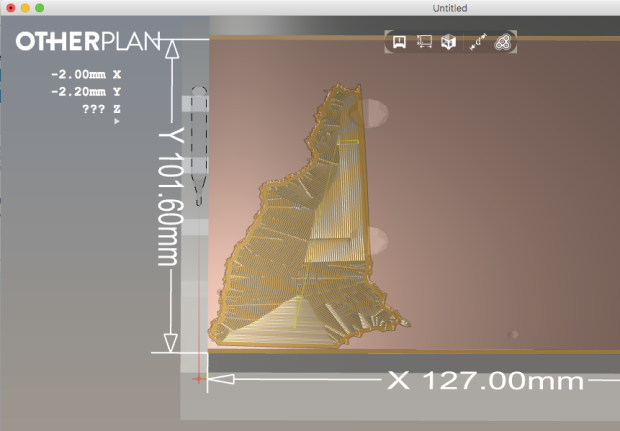 –Othermill CNC: To mill the outline, I would import the SVG into OtherPlan classic and could either engrave or cutout the image.

2 thoughts on “Quick SVG for DigiFab”