The flexy models are an exploration of the properties of PLA that allow it to bend small amounts without breaking. Designers can limit the bend angles and add multiple bend points creating a flexible design. I used Snake by Zomboe and Flexy Rex by zheng3 as inspiration. I created my models from scratch but used those designs as reference for key dimensions and understanding of the mechanic.

My first building design, Flexy Washington Monument, was created in Illustrator as a 2D vector design and then dimensionalized using Tinkercad. Flexy Empire State Building is an experiment in taking an existing 3D design, Empire State Building + MakerEd Project by MakerBotLearning, and using a boolean operation with a template to remove the negative space. In this case the Empire State Building was cut in half first and then made into a flexy design.

The thin version did not quite have the right profile. I imported the model into Meshmixer and extruded out the back face to create the thick design that makes the model look more like a real building when viewed from an angle.

Reference: Snake by Zomboe and Flexy Rex by zheng3 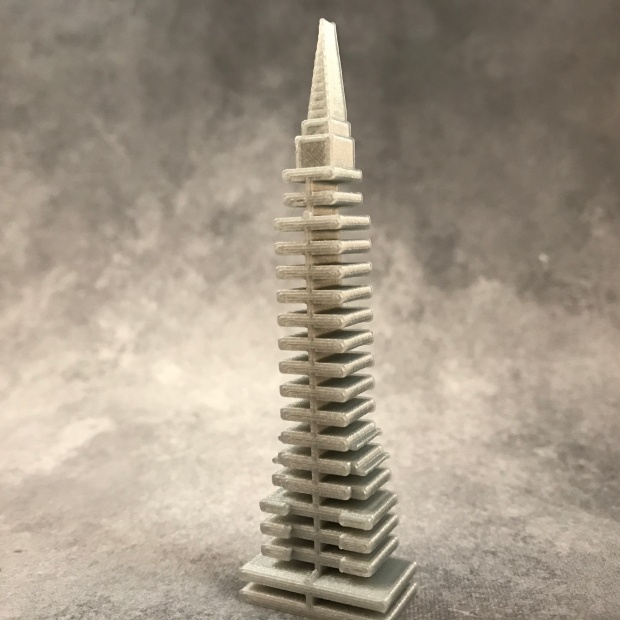